I originally had something else scheduled for today, but then this article caught my eye on Twitter: a couple in Canada has decided not to disclose the sex of their child to their friends and family. To the parents raising a “genderless” child is a tribute to freedom and choice in place of limitation, a logical continuation from the upbringing they are giving their other two children, two boys, who are allowed to put on a dress or wear their hair in braids if they wish so.

I find the story, and especially the underlying philosophy, incredibly fascinating. I have been giving quite some thought to the whole transgender-debate after the addition of a transgender male-to-female character to one of the fanfictions I’m following caused quite a stir within the fandom – in a positive way. The amount of people writing to the author of the story, thanking her for creating a character which they could relate to, and a positive, accepted character at that, was simply overwhelming.

First off, I have nothing for or against transgenders. I cannot understand what would bring a person to make such a huge change in their life, because I have never felt uncomfortable with my gender or my body (to that extent), but I do believe that people should have the freedom to make this decision, to change gender physically, if they wish to do so. This may sound condescending (though that is not the intent) and I might get this all wrong, but I find it similar to getting a boob job or getting tattoo’s all over – you shape your body the way you feel best in it.
That said, I can’t help but wonder if people would be less inclined to match their ‘male’ body to their ‘female’ soul (or vice versa) if society would allow more freedom to the individual to determine the boundaries of their gender. If a man wants to wear skirts, is he a man who likes to wear skirts or is he really a female inside? I realize many transgenders hate their “birth-body”, but do they actually hate the boobs or do they hate what they represent: a symbol that leads your peers to determine what you can and cannot do in terms of expressing yourself? 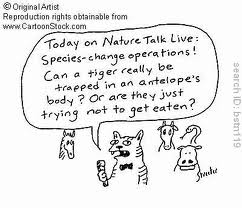 So imagine that you are not burdened with the presumptions and assumptions that exist in society today, that you don’t need to limit yourself in any way to whichever package of actions, feelings, … is deemed appropriate for the type of body you happened to have been born with. This goes further than buying your baby girl a toy tractor or giving you little son a doll to play with – you eliminate all conscious AND subconscious prejudices and expectations people might have towards your gender: you can wear heels, play football, work as a trucker, take salsa classes as the follower and nobody would bat an eye (note that the aforementioned might be accepted when you were born female, but likely not so much when you are born male). It means a whole new type of freedom…

… and thus also a whole new type of responsibility.

I love the idea. I really, truly love the idea and I honestly believe many people would feel more comfortable with themselves if they didn’t feel the need to restrict themselves to a pre-defined set of actions and feelings which are supposed to go with their gender. However – gender is not just a collection of societal can’s and cannot’s, it is also a biological given, with certain implications and limitations (the average female body cannot develop as much power as the average male body), and it is important to be aware of those (being a female athlete in a male competition would be a very frustrating experience indeed). Allowing overflow of what is deemed appropriate behavior for either gender is not the same as eliminating gender altogether. And however interesting an experiment it would be to study how strong the influence of society on gender identity is exactly, it is still an experiment, and I don’t feel children should be made part of it.

At this point I am tempted to argue that, in a sense, every type of upbringing is an experiment, the outcome of which depends both on the parent(s) and the child(ren) involved. But – raising a gender-less child automatically implies that the gender be kept secret, and secrets are never (rarely) a good thing. It is and will be confusing for the child, if not directly, then through the second-hand confusion it experiences from its peers who will likely not always know how to approach the child. It gives plenty of food for thought on how widespread gender-based preconceptions are, sure, but there should be other ways to have this discussion than letting a child be the instigator.

At the last count, I am currently following 38 blogs, the vast majority of which are personal blogs maintained by women. I’ve often wondered about this, and at one point I actually started looking for interesting, personal ‘male’ blogs – but without much success, leading me to the conclusion that either men don’t have a personal life, or they are not able to write about it. That is, however, not what I want to talk about today. Because I follow all these people, from different nationalities, backgrounds, religions, ages, and even senses of humor, but when I look at what my Reader is presenting me with today, I am baffled.

An interview with Cinderella (which, by the way, was hilarious). Baby bumps. The start of lent tomorrow. One-uppers. Chickens.

I mean, I understand I’m 6-9 hours ahead of the rest of the world, but really? Not even a glimpse of a shimmer of a mention?

And I admit – what are we supposed to write about? What on earth have we, women in over-developed countries, to complain about? We have access to birth control, education (in Belgium, more women than men have higher degrees: 31,5% vs. 27,4%), we can vote, we can build a career if we want to, … sure, we kinda need to work on the equal-pay-for-equal-work-thing, and there’s this “glass ceiling” everyone refers to, but really, has anyone ever seen that?

That’s what I thought, yes.

But only last week, in the Belgian Chamber, an agreement was made that will force listed companies to have (at least) one third women on their Board – currently a mere 6% of board members are female. Yesterday, in Belgium, one woman’s contract was not prolonged at the shop she was working because she refused to take off her veil. Today, during coffee break, the gasps were audible through the uncomfortable silence when one colleague explained she doesn’t want children. Meanwhile, in large parts of the world, women are denied the right to work, to speak, to vote, to refuse men access to their body, to stand up, to organize themselves – even to think.

We are far from gender equality, or even from gender equivalence, if you prefer that term. And yes, that was, is, and will be a desirable, obtainable, and above all necessary goal. Because, as women, we are a group that is systematically denied rights and privileges based solely on the fact that we are women, something we may cherish, love or despise, but which we never chose, and which can therefore never be a ground for discrimination. I am not a feminist, I have much to learn about how the world goes round, and I’m pretty sure I don’t realize half how privileged I am. But it is therefore exactly that I need to commemorate today all those women who have stood up and fought for what should be their birth rights, that I need to raise awareness for the little, unconscious acts of discrimination we even barely recognize as such (how is a man who stays home with his kids not a real man?) and that I really, simple just want to celebrate today, which is my day as well.