It was only a few weeks ago that a friend of mine posted something on Facebook: “Just made jam from the plums in my garden, gotta love the fruits of the autumn!” (or something along those lines, my Swedish is still a bit shaky). I immediately replied, of course: “As long as the trees are still green, it is summer, I don’t care how cold it’s getting or how much fruit/mushrooms/nuts you collect!” (again, that was the intended message, whether the Swedish I threw together meant the same remains an open question).

But then autumn-themed posts appeared in my feed. And the trees actually started changing color (well… the leafs did). And I knew… there’s no denying it any longer.

Lund University Library in autumn. Photo by JanneM via Flickr.

It’s not like I have anything against autumn in particular. I don’t. I don’t have anything against any season. I don’t really have anything for any season either though, to be honest – the concept of a ‘favorite season’ is kind of alien to me. No – what I like most about seasons is the mere fact that they’re there. I would hate to live in a country which has summer all year round, or even only two seasons. It’s the changing of the seasons, the continuous dynamic of that vicious circle that keeps things interesting. I love the freshness of the green in spring, I love the abundance and smells of summer, I love the colors and tastes of autumn, and I love the serenity and quiet of winter. Granted, I generally long for one season when another one is still going on, but I’m working on that.

Still, this year, I’m not exactly looking forward to the changing of seasons. Autumn is not too bad, I guess, although a few extra degrees would never hurt, but the really bad part about autumn is that it is so, so close to winter. And I just. don’t. feel. like. winter.

Don’t get me wrong – wrapped in a fleece blanket, hot chocolate, coziness by the fire place, snow walks (I REALLY need to lose my snow angel-virginity this year), skiing: I get it, it’s great, it’s wonderful. But winter also means: dark. And here in Sweden, even though I can’t really complain as I’m as southern as it gets, there’s an awful lot of dark: at the winter solstice, the shortest day is around 7 hours long – or short, as you prefer – with the sun setting around 14h40. Last year I minimized the effects of this: objectively, Ghent only gets half an hour of daylight more, so that’s not too big of a deal, is it? But, since Ghent is not only located more south, but also more west, this translates in a Ghent sunset over a full hour later. And last year that mere hour of difference induced a full-on winter depression for me.

So no, I’m not really thrilled about the leafs falling and the temperatures dropping, the nights getting darker and the birds moving south. I know (better) what I’m up against this year, so I know what signs to look out for but still… I’m not looking forward to it. 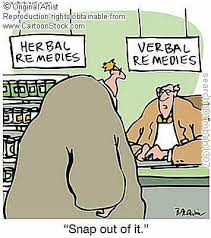 I’ve noticed something this morning. They must have been there for a while, but I never even saw them – maybe I was still too occupied with other things (like, where did I take a wrong turn cause I’m not quite sure where I am now), or maybe I was distracted by the beautiful weather we’ve had these past few days. Either way, they only caught my eye now.

Brown leaves on the pavement.

Discolored edges appearing at the leaves still clinging onto the trees.

Autumn is creeping in.

It’s in sharp contrast with the excitement I felt (and still feel) when looking at my little plants and herbs in the windowsill who bring me so much happiness just by being alive. I’ve been so full of wonder watching them grow and change from day-to-day, that I just didn’t think of the fact that actually, growing season is over. It is September. How did it come to be September so soon? I was writing up my PhD only weeks ago (that was February), had my defense recently (early June) and started my new job, like what, yesterday? (2 and a half weeks ago)

But besides the fact that the falling leaves indicate the end of summer with its warm, sunshiny days and reminds us of how quickly time goes by – too quickly – I’m simply no big fan of autumn. It makes for beautiful pictures, I agree, and I do like a decent autumnstroll in the woods from time to time, kicking the leaves as you go. But I simply cannot relate to the many lyrical posts on this particular season, celebrating the circle of life which has once again been completed, the beauty of the colored leaves, … . My guess is that I have enough melancholy of my own, not needing a whole season that is so full of it. That and the fact that I find it horrific having to watch so many things die so slowly. Can’t they just have it over and done with?

No, I’m not an autumn person.

On the other hand – Autumn forebodes the coming of Winter. And Winter is generally accompanied by Snow. And Snow, my dear people, Snow is one of my dearest friends.

So hurray for Autumn!

PS – I’ll be off to Belgium for the weekend (leaving on Thursday), so it’ll be nice and quiet around here for a few days. Enjoy the silence!