I promise I will not begin each post this year with a reference to my resolutions for the year, but bear with me as I drag you through another.

See, as so many people, I have decided to start exercising more. Actually, my GP has decided I could to with a bit more endorphines but still: this girl goes fitnessing. And I don’t mean ‘I’ve bought a membership card and some shiny work out clothes which will now serve as nest material for moths and the invisible mice I’m secretly convinced I share the apartment with’ (because there is no way -I repeat, NO way- that I ate that whole pack of Tucs by myself yesterday. no way, I say!). Oh no, I will not come near shiny clothes unless dressing up is involved and anyways, I’ve had the gym membership card since October . No, now I actually gó to the gym. Tuesdays and Thursdays. I’ve been at it for a week and a half by now, so you could say I’m a regular (unlike my attempt at doing capoeira which ended… prematurely. let’s say I don’t think anybody remembers me there.).

Now, I absolutely loathe exercising. Not because it’s exhausting, or gets you sweaty, but because I find it completely and utterly boring.

Take the treadmill. I go to a University gym, which is cheap, but also basic (read: no tv or any of that fancy technology some fitness centers spend your membership money on). As a result, the ten treadmills they have are neatly aligned, right in front of the mirror wall. That’s right: as you run, you have the luck, nay, the privilege, to watch yourself get progressively more red in the face. I can assure you, it hardly makes for a captivating sight. Granted, you get to watch everyone else work out as well but still – that red blob hopping up and down in front of you will be terribly distracting. Just sayin’. And don’t even think about thinking of that blog post you wanted to write because all it takes is one second of distraction and you end up on America’s Funniest Home Videos. Which is a bad enough thought in and of itself, but becomes truly terrifying when you realize those are broadcast in Europe as well. Ten years later. When all your kids want to do on a lazy Sunday afternoon is watch old America’s Funniest Home Videos. 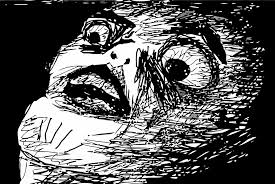 Of course, I could take an mp3-player with me to relieve the boredom at least a little bit, but this has its own limitations – first of all, I would need to remember to charge the damn thing, and second of all my tinnitus doesn’t allow the volume levels required to be able to hear my music over that from the gym.

So, what does one do to keep their resolution and work úp the energy to work oút?

One finds a partner, obviously.

In this case, technically, he found me. ‘He’, indeed. A cute ‘he’, I might add. A cute Spanish ‘he’. A cute, Spanish ‘he’ with a cute Spanish accent who frequents the gym on a daily basis (Lin: think A&F sweatpants. yeah…) and who likes me. And who has only increased his attempts at flirting with me since learning about T and my break up.

Now of course, I’m a decent girl. I’m well educated, and I don’t do stupid things – not on purpose, at least. And I wouldn’t do anything to jeopardize my not-so-slim chances of getting back together with T, let alone jump into (on to?) other people so soon after a break up. I wouldn’t, for example, consider the possibility of exploring just how much Spanish guy likes me. I wouldn’t take the risk, since said guy is an integral part of my social life here and I do not wish to screw that up. I wouldn’t feel the need, either, since I have spent the last three years in a loving relationship which was satisfying on all levels and gave me everything I needed. Except… you know… it starts with a c. Or a d. Or a p. I bet there’s probably a synonym for it with each and every letter of the alphabet, but I’m sure you know what I mean.

Oh conscience, how I loathe thee.

But it doés get me to the gym twice a week, so there!